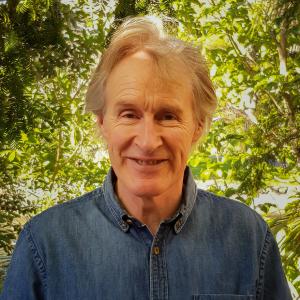 James is originally from Dunedin, where he completed his undergraduate psychology degree at Otago University. His clinical training was at Victoria University, Wellington, where he graduated in 1979. Following four years of overseas travel, he began his career in new Plymouth in 1983, and has been working continuously as a clinical psychologist since that time. James moved on to work in Auckland, Thames, Queenstown, Dunedin, and Queenstown again, where he has spent the last 12 years. In April 2017 he moved to sunny Nelson, where he intends to stay.

Over his 34 years of clinical experience, James has worked in a wide range of settings. He has always established part-time private practices, in conjunction with working in public mental health services, particularly community mental health teams. Other mental health services have included psychiatric units, psychiatric outpatient clinics, forensic mental health units, a living skills and support centre for clients with long-term mental health issues, and a family counselling centre. In addition he has done contract work for the Department of Corrections and the Ministry of Education. In 1994 he established Queenstown Psychology as his principal employment, which continues to this day. Over that period he also ran a popular, educational radio programme called ‘Food for Thought’.

James’s clinical experiences and interests have been as wide ranging as the settings in which he has been employed. He has worked with children, adolescents, couples, families, community agencies and groups e.g. stress management, assertiveness training, and anger management. James has a long-standing interest in anxiety disorders, particularly panic and worry, and also specialises in relationships, sexuality, conflict, life crises, grief, stress and depression. Throughout his career he has supervised both clinical psychologists and clinicians from other disciplines.

James is well known as an entertaining and informative presenter. He is ACC accredited, both for Sensitive Claims and Psychological Services work, and is also Family Court approved. James takes a warm, client centred and holistic approach to his work, using an eclectic range of intervention techniques, including cognitive behaviour therapy and mindfulness methods. Attention to individual needs and sensitivity to process issues are central to his style.